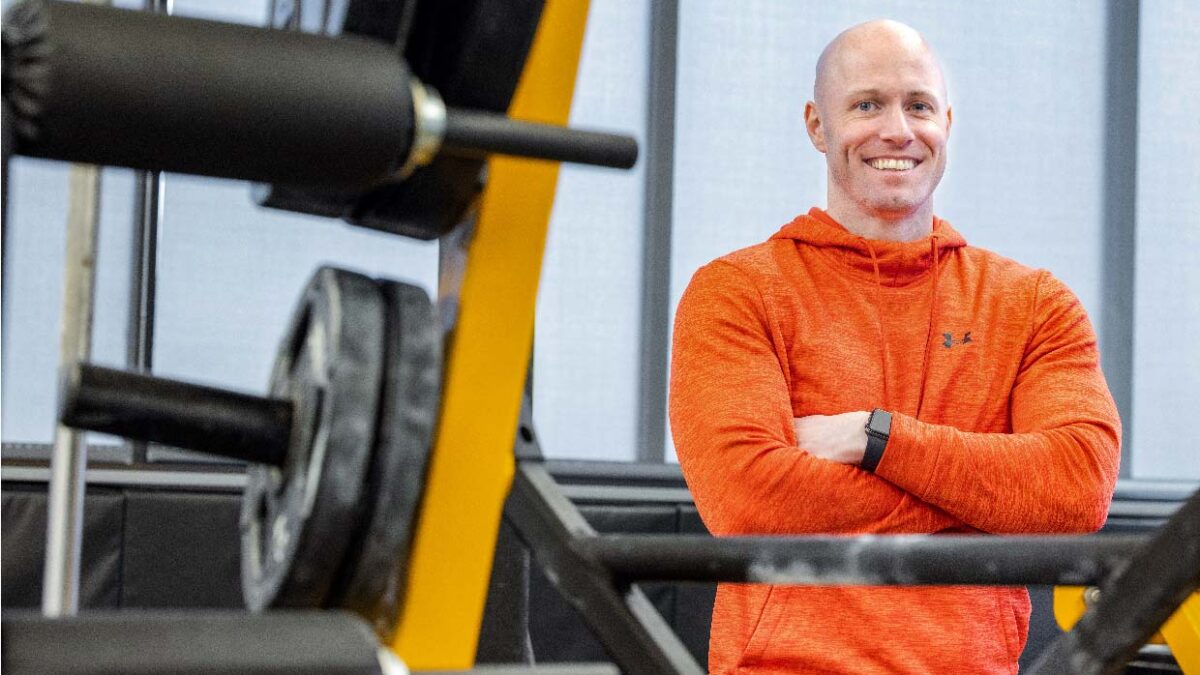 Dr. Chris Swart is fighting misinformation in the classroom and on social media--and having fun along the way. 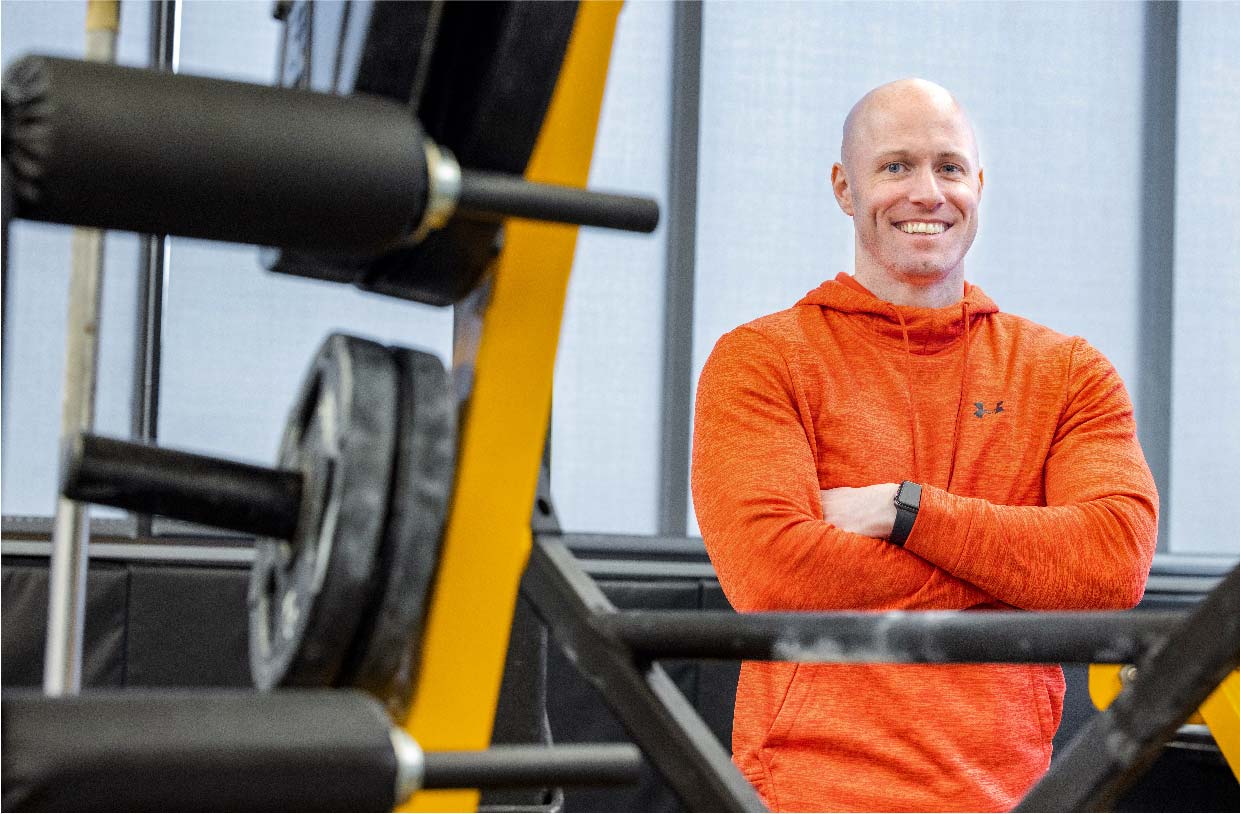 D r. Chris Swart does a lot of heavy lifting—in AIC classrooms as an exercise science assistant professor, and also with his Instagram page debunking fitness and nutrition myths. “There is a lot of crap on social media and I am trying to push against the grain a little bit,” Dr. Swart explains as he dives into the origins of his page, @doctor.swart. “I started that page in 2017, during one of my first years of teaching. I noticed that students were communicating with each other through Instagram more so than email or anything along those lines. I’d always hear them in class say, ‘Oh, I got your Instagram message, I haven’t seen your email yet.’” Dr. Swart asked himself why he couldn’t communicate with his students through this same platform while also offering some help outside of the classroom. He’d make posts to bring internships, job openings, and other opportunities to his students’ attention. “It was very educational and very focused on just the students I had at Bridgewater [State University] because that’s where I was teaching at the time.” Over time, the page organically developed into a more educational one focused on exercise science, and eventually fitness and nutrition. “Students kept asking for more, I took different topics like what they were interested in, and then it started to grow outside of the school. People started to reach out from all over the world.”

The Instagram page has nearly 4,500 followers with hundreds of detailed posts of considerable depth. Dr. Swart found his core audience by throwing himself out there and figuring it out as he went along. “I made the mistake of, for three full years, posting graduate level information,” as an admission that he was limiting who would engage with his page. Dr. Swart created this outlet purely out of his own volition; he is not getting paid or help of any kind by publishing posts. Now he’s trying to expand his audience by making it so “an exercise science student would be interested in the material if they read the caption where there’s deeper-level stuff. But really, anyone in the general public could go to my page [as a resource]. They’re probably not going to understand everything, but they can get some general concepts from it.”

Playing the middle ground is not the recipe to success on Instagram. The app’s algorithm determines what pages and posts a user is shown based on their viewing habits. Dr. Swart’s philosophy of posting comes down to what he calls “edutainment,” which is making education entertaining. “It’s the same reason why I’ve enjoyed teaching. Just seeing the lightbulb in a few people I can reach is a really important aspect of my career and I want to reach as many people as I can,” the doctor says, but he knows that prioritizing the informative nature of his page won’t make him the most popular user on the platform. “Everybody has a megaphone now. Anybody can just post whatever they want and claim to be an expert,” explains Dr. Swart.

3.) Create partnerships with other accounts

4.) Listen to your followers

5.) Be a leader in conversations

8.) Engage with your audience

10.) Create surveys and use polls

The real expert himself now spends a lot of time exercising his social media skills to distinguish fact from fiction on his page. The most important thing to keep in mind, according to Dr. Swart: “It’s common sense, but I tell people all the time, ‘If something sounds too good to be true, it’s most likely too good to be true.’ What I tell my students all the time is that don’t listen to anybody that can’t rationally take you through their thought process as to why they think a certain way.” Dr. Swart goes on to say that he’s commented under social media influencers’ posts to question where they got their information. A red flag for him is if they attribute it to common knowledge instead of citing a source. Removing context is another. Dr. Swart goes for the exact opposite approach. “We call our pages in the science world evidence-based pages. Anything that I say on my page I have direct evidence to back it up,” and he’ll share it with whoever’s asking for it. 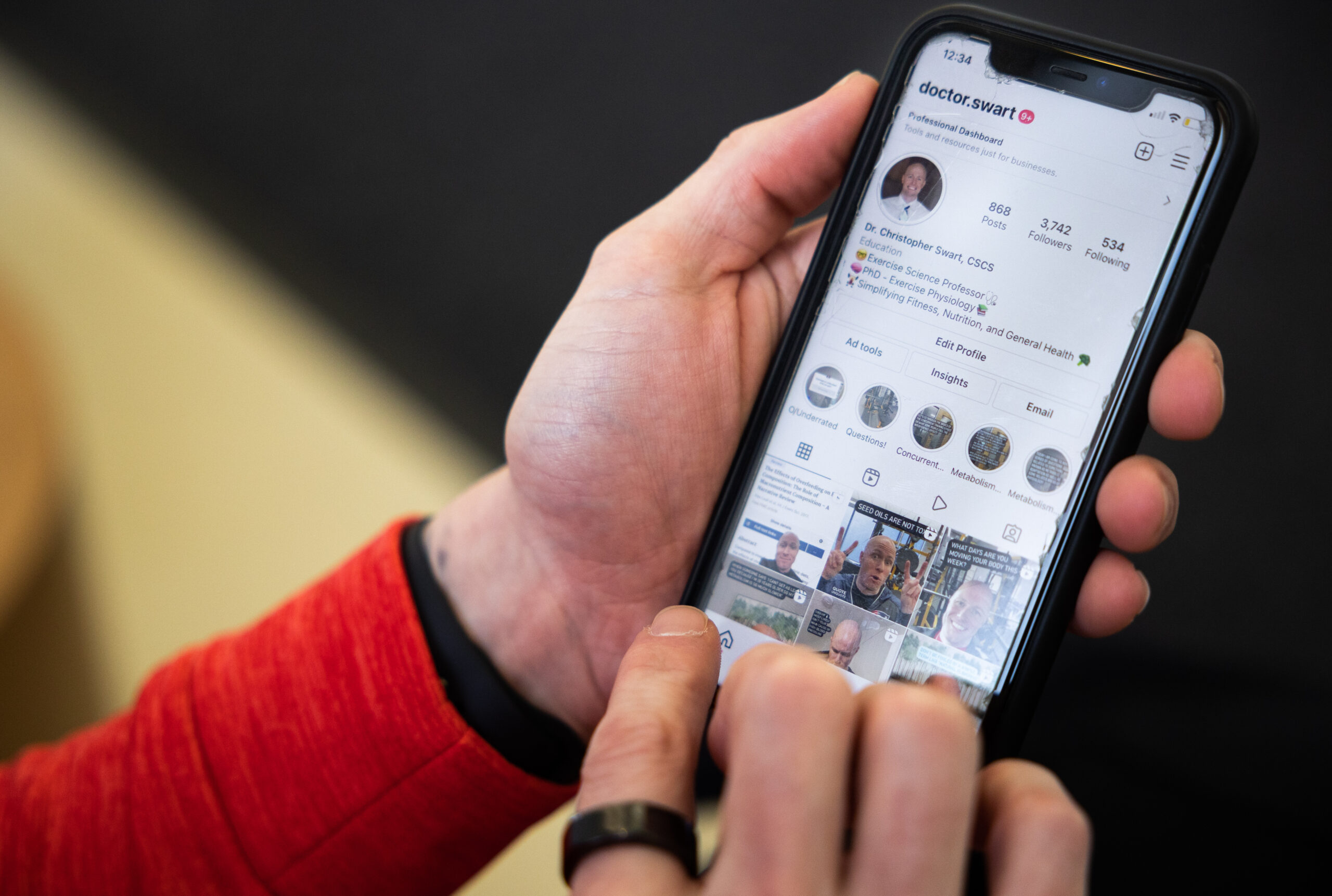 He’s equally vigilant with making sure that students in his classes are prepared to fight off misinformation when the semester’s over. It didn’t start out like that, according to Dr. Swart: “When I first became a professor, I made the mistake of thinking that students would learn in a similar way that I learn.” He described his initial teaching style as militaristic, adhering strictly to the textbook. He eventually came to the realization that “I’m not teaching them how to consume information, I’m not teaching them how to think critically think. I had to throw that added flair into the classroom.” In his own words, Dr. Swart dialed it back and was candid about mistakes he made, and in turn, began prioritizing his students’ critical thinking skills. Dr. Swart feels that the militant approach impeded on students’ comfort in sharing dialogue. That all changed once the professor changed his method: “Once students started to see the vulnerability [from teaching my mistakes] and then they started to see, from the leadership perspective, the passion I have for learning. And they wanted to learn regardless.” Dr. Swart’s new stance on teaching isn’t as immediately detail-heavy as it used to be. Now, his students are more engaged in discussion, and they talk about their experiences in class to compliment the theoretical components with real world experiences. “I’ve shared with the students that just because we have scientific research on something doesn’t mean that’s accurate or true. I’ll ask, ‘What have you seen in the field and how can we make a decision in the room,’ so now I’m including their athletic ability because most of my exercise science students are student-athletes or former athletes.”

Whether it’s teaching or making an Instagram page, Dr. Swart believes one of the most important things one can understand is they are never done with being a student. “Even though I don’t get tested anymore, I still have to have that same thirst for knowledge that I had as an undergrad, a graduate student, and a PhD student, I still have to have that in my 30s, 40s, 50s, 60s, however long I decide to do this,” Dr. Swart explains, “especially in this day and age because data is everywhere. You become obsolete very, very quickly if you don’t stay up with things.” In an age of misinformation polluting social media feeds, Dr. Swart is doing what he can to combat any concerning fitness and nutrition trends to keep “edutaining” students and Instagram users alike seeking the truth. 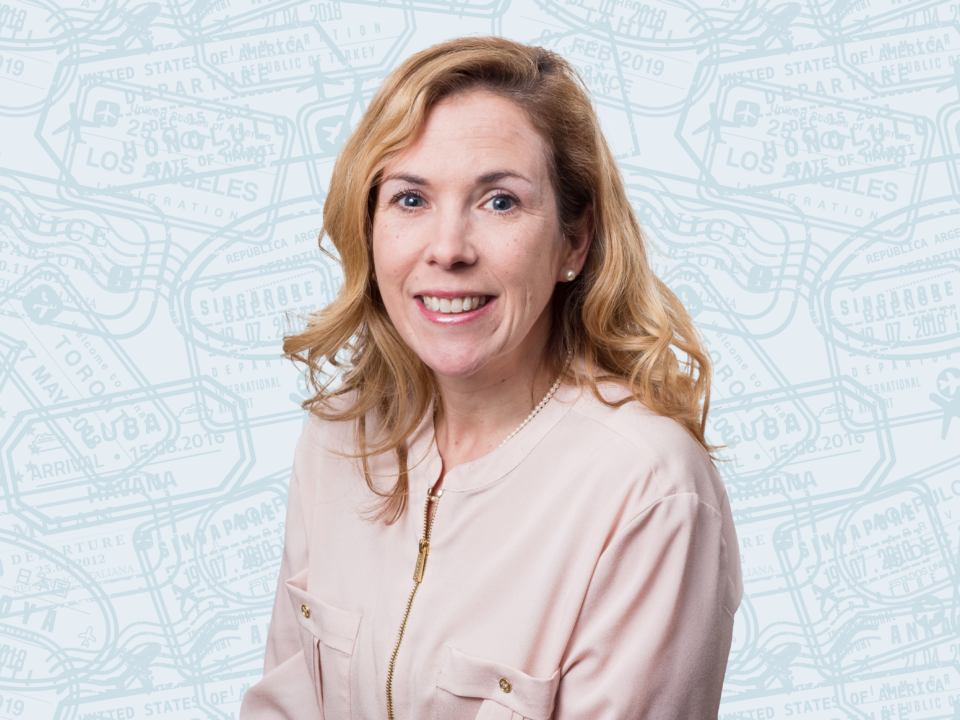 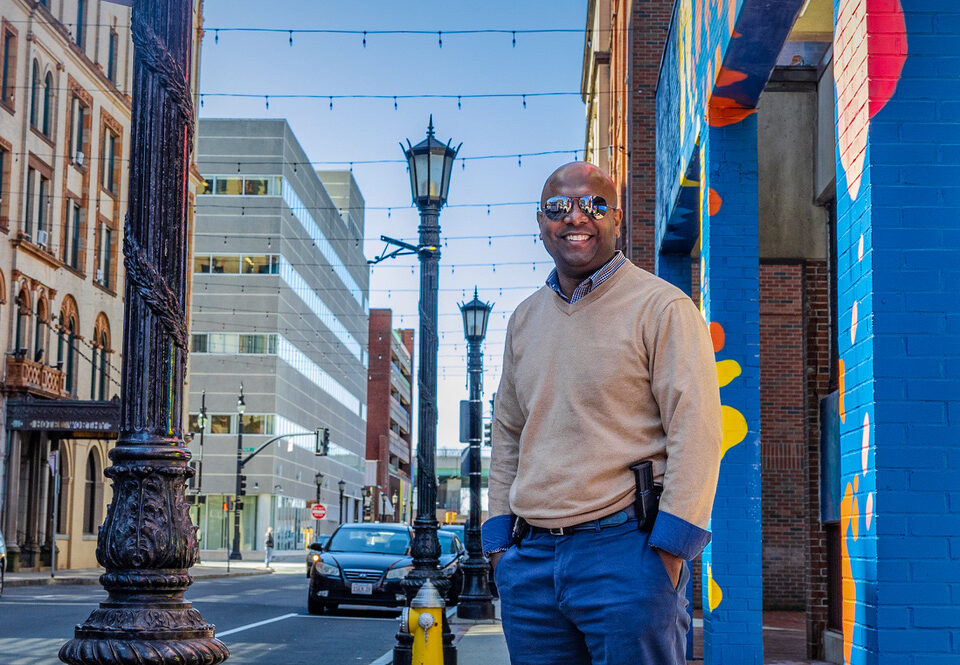 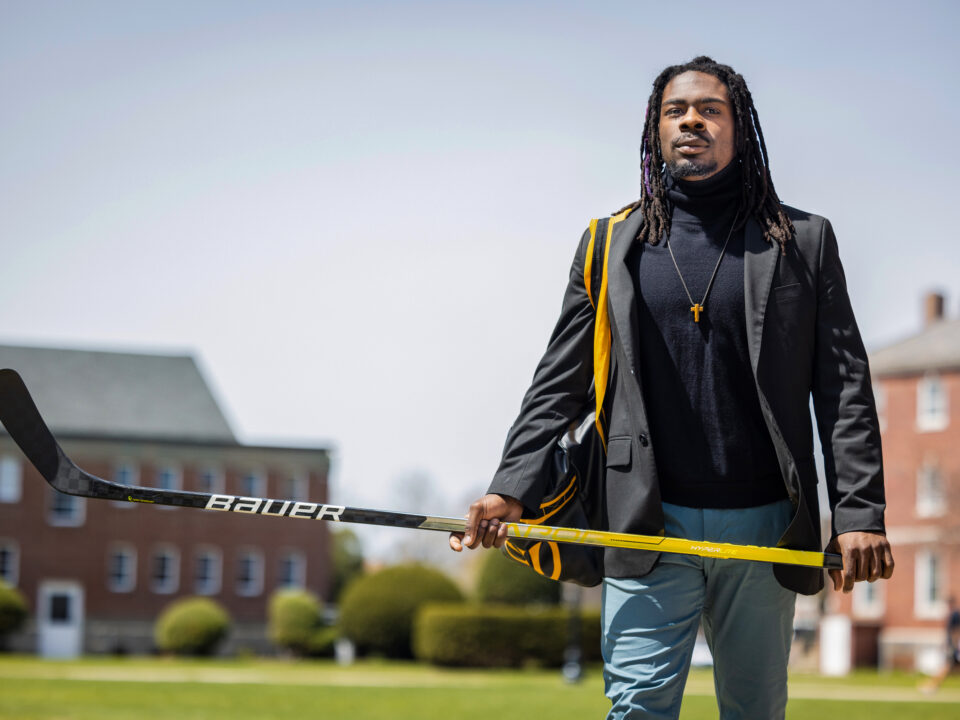