The 18-credit hour History minor is an ideal supplement to any major at AIC.  The study of history gives us increased cultural competencies and social awareness as well as the “soft skills” in reading, writing, and researching that are widely sought by employers.  History is central to the liberal arts and helps shape globally informed citizens who think critically about their place in the world.

In the classroom. In the workforce. 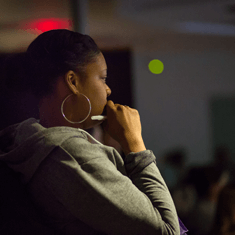 This program provides a comprehensive study of historical topics , while also providing a rigorous examination of political and economic thought, historical research and writing, and legal history. 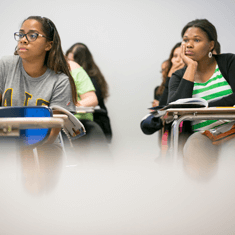 You’ll develop the communication and critical thinking skills needed to succeed in a variety of careers or graduate studies, including journalism, education, law, public affairs, or foreign service. 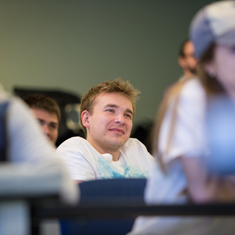 A graduate is prepared for careers in education, research and resource management, communication, information and archival management, and legal and legislative work.

HST2631: Introduction to Historical Research and Writing
Plus five (5) courses in history, including at least two courses on the 1000 or 2000

An introductory survey of the historical evolution of Western civilization from its ancient origins to AD 1500. This course introduces students to methods of and issues in historical investigation. Its comprehensive approach includes the study of social and economic elements, religion, philosophy, literature, art, politics, and institutional developments.

An introductory survey of the historical evolution of Western civilization from AD 1500 to the present. This course introduces students to methods of and issues in historical investigation. Its comprehensive approach includes the study of social and economic elements, religion, philosophy, literature, art, politics, and institutional developments.

This course will provide a survey of World History from the origins of humanity to the Fifteenth Century, just before the European “voyages of discovery” that brought the Americas and Pacific into contact with the rest of the world. It will focus on the development of major civilizations around the globe with a special interest in the political, economic, cultural and other ties between these civilizations.

This course will provide a survey of World History from the Fifteenth Century to the present. It will focus on the global contacts and connections created since Columbus’s voyage in 1492 as well as on important political, economic, social and cultural trends that have contributed to the creation of the modern world.

A one-semester, sophomore-level survey of world history, comprehensive in both chronology and geography. Principal concepts in geography, political science, economics, and the history of science will be featured. Designed specifically for Massachusetts state teacher certification needs, this course will emphasize Western civilization, including United States history and Massachusetts state history.

A survey of the evolution of the United States from its colonial origins to the end of Reconstruction, this course explores the significant social, economic, intellectual, and political developments, including state history of Massachusetts.

A survey of the evolution of the United States from the late 19th century to the early 21st, this course explores the significant social, economic, intellectual, and political developments during “the American Age” of global history, including state history of Massachusetts.

The powers, function, and inherent conflicts of the Congress and the presidency are examined with emphasis placed on the historical development of institutions.

HST2440 - Civilization of the Ancient Mediterrean (3)

A survey of major themes in the cultural history of the Ancient Mediterranean world, beginning with the near east and continuing through Greek and Roman civilization. These cultures were remarkable for the scope of their intellectual achievements, ambition and power. As a result, the study of classical civilization is the traditional basis of a liberal education, providing a vital understanding of the moral and intellectual roots of current ideas on morality, politics, language and literature. This course explores the history of the Mediterranean world from the time of Homer to the fall of the Roman Empire. Topics include: Greek and Roman mythology, the philosophy of Plato and Aristotle, Greek and Roman theater, Latin classics (Seneca, Cato, Caesar, Tacitus, Livy) and major styles of art and architecture.

This course examines the structure of both presidential and congressional elections and the resultant consequences of those structures. The historical development of elections is emphasized. A case study of either the presidential or congressional midterm election will be analyzed with special attention given to campaign strategies.

A study of medieval Europe. This course will focus on the institutional, intellectual, and cultural aspects of the period, especially as they became the foundation for the Western heritage of today’s world. Covering from late antiquity to the Italian Renaissance, the topics will include social and economic study as well.

This course will explore the topic of European integration from a variety of perspectives, including those of history, political science and sociology. The first half of the course will concentrate on the pre-history and history of the European communities leading to the creation of the European Union in November 1993. Then, it will look at the European Union’s institutions and how they function, the relationship between the member states and the EU, and special issues that face the EU today.

This seminar will introduce students to the basic issues and methods involved in the academic discipline of history. It will require them to write a paper based on independent research on a topic related to the theme chosen by the instructor for the seminar.

A systematic examination of world history from the international rivalries leading to World War I through the early twenty-first century. Emphasis will be on the political, economic, and cultural evolution of global society and the forces that unify as well as fragment that society.